Chat with us, powered by LiveChat
Skip to content
+852 2893 5232 info@villageinsurancedirect.com 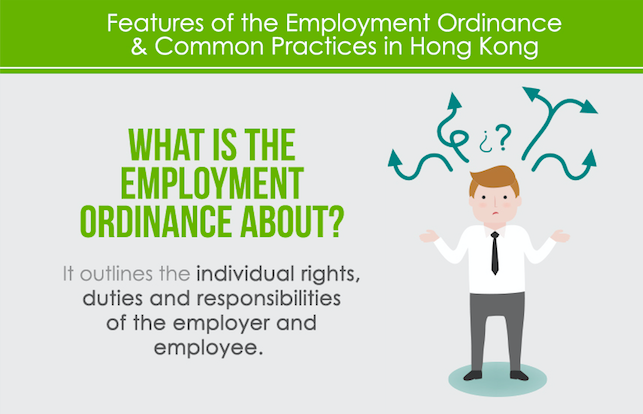 The thing about Hong Kong is that it never catches a wink of sleep. Like New York City, it feels alive 24/7: a bustling zone of commerce in the morning and an alluring city of lights at night.

Cradling a population of 7.5 million people, it is home to some of the world’s luxe suites and soaring skyscrapers. With an identity aligned with finance, it is a common sight to see many professional expatriates treading about among the city’s vast urban landscape.

According to a report from NBC last June, Hong Kong ranks first in the list of the five most expensive cities for expats, knocking off Luanda from the top spot. However, numbers still show that despite the rising prices of property, tourists and professionals still flock the island metropolis.

Familiar faces in the neighborhood

Despite being known to be a bit further from the main island, West Kowloon is a suburb famous for its growing number of expats in recent years. It is home to a number of suitable amenities including modern housing complexes and shopping centers. It is also the location of Kowloon Tong, a known affluent district in the area.

For both single travelers and couples, the “Mid-Levels” is another popular spot. Unlike West Kowloon, it is in close proximity with Hong Kong’s nightlife areas such as Soho, which makes it ideal for those who constantly seek relaxation and casual fun.

Similar to relaxing sunsets which can be viewed from Kowloon Tong, the Mid-Levels proud itself with a scenic view of the Victoria Harbor.

The area is also suited for families who have moved to Hong Kong to study. Several educational institutions are conveniently situated in the area like the Ying Wa Girls’ School and King’s College.

Appropriate cultural know-how is also important while staying in Hong Kong. Communication and values are two of the most important facets of culture. When it comes to linguistics, it is a handy skill to learn Cantonese to aid one’s English as it is spoken by a vast majority of its residents. Try to learn some basic phrases such as “néih hóu” (hello), “dòjeh” or “ng-goi” (thank you) to supplement your daily conversations with the locals.

Whether in business or in personal life, Hong Kong insulars and Chinese people value the custom of “mianzi” or face. This Chinese concept rests on the idea that people should be mindful of their actions and words, so as not to embarrass themselves and others and “lose face” through shame.

Maintenance of interpersonal relationships is crucial, particularly when it comes to work or business. Once a matter is settled upon by two people, it is necessary to cultivate socials. This is reflected by their concept of “guanxi” or connections. New settlers in Hong Kong start with no “guanxi” and are given the task of expand their network of people quickly.

Hong Kong’s charming variety should be enough to cater to the different priorities of every islander or tourist. With its and busy streets and global mark, it is sure to maintain its spot as a city for expats.

Whether you’re starting a business in Hong Kong or working as an employee or moving here with your entire family, Village Insurance Direct can help you find insurance cover for your needs. We help find full coverage insurance for expats living in the city. Get in touch with us today.

Traveling to Iran: A Quick Guide

What about a change of pace for your next holiday? Maybe it’s time to swap the crowded cities for historical grounds and the sunny beaches for pristine architecture.

Why not let Iran be your next destination?

Don’t let erroneous media portrayal fool you: Iran is a breathtaking country and a refreshing experience that flows beautifully on its own. The beautiful landscapes are one thing, but it’s the people’s warmth that really gets you. Among Middle Eastern countries, Iran is considered one of the safest nations to visit. Backpackers and casual travelers themselves have recommended touring Iran, nullifying negativity surrounding it as mostly outdated and inane. Touring Iran is gradually becoming more of an addition to every traveler’s bucket list.

When in Iran, teach yourself a life hack and go straight for the unexplored gems. For the common traveler, the biggest challenge isn’t necessarily to visit the place but to enjoy it before the sudden rush of other tourists.

In the heart of the Mazandaran Province, for example, lies a scenic “Neverland” in the form of Filband. What awaits is an unparalleled beauty of cotton-like clouds and lush forests that almost makes you feel dancing among the mountains.

Just a little close to the very popular destination Persepolis is Shiraz, the city of gardens and poets. One of its best-known grandeurs is its wine (although reserved for religious practices), that matches perfectly with the relaxed atmosphere that the surreal place offers.

In Fars is a notable historical beauty called the Qal’eh Dokhtar. “The Maiden Castle” was made in honor of the Goddess Anahita, who represents fertility and wisdom. The structure overlooks the Kavar-Firuzabad Road and features a great variety of architecture: including age-old windows and stairways. It has stood for some 1,800 years and is always a pleasure to visit while in the country.

What sets Iran apart from other countries is its people’s sense of hospitality, which at times, even extends to the good of your safety. Apart from such trait, the locals are always ready to assist you and even look out for you. In fact, the country is known for being one of the safest spots for female travelers, mainly due to its policies on gender segregation.

In return, as responsible travelers, it is apt to show respect by abiding with their conventions. For example, for both men and women, tattoos must be kept covered by clothing. In Islam, tattoos are considered forbidden by tradition. Women must also wear loose-fitting clothing and don a headscarf in public. While all these rules could come off as a shock for most travelers, treat it as part of the experience. All ready? Now it’s to plan that vacation. Just to be sure, don’t forget the cherry on top and also invest in a travel insurance for your next holiday. Your mapped-out trip won’t be complete without the benefit of being worry-free when you’re far from home.

For a more carefree travel, make sure you get travel insurance. Village Insurance Direct helps expats find insurance that can protect you from losses due to flight cancellations, lost of luggage, robberies, as well as possible health-related concerns. Get in touch with us today.

We help expats with their personal and business insurance in Hong Kong. Get a quote from us or LiveChat with our advisers for your quick questions.